Dr. Elder cleverly named his first indicator "Elder-ray" by virtue of its function, which is figuratively similar to that of x-rays. Developed in 1989, the Elder-Ray helps determine the strength of competing groups of bulls and bears by gazing under the surface of the markets for data that may not immediately be ascertainable at a mere superficial glance at prices. Here we take a look at this indicator. 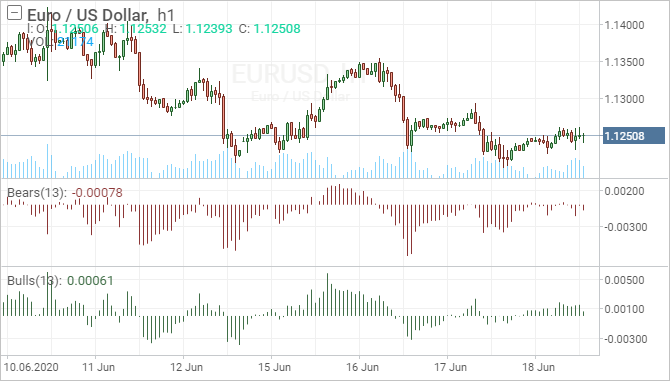 Understanding the Elder-ray is inextricably linked to an understanding of oscillators, which are figures used to find turning points in the markets. Oscillators are seen to be indicative of the emotional extremes of both bulls and bears. These extremes are fleeting and unsustainable levels of optimism or pessimism that the vast majority of market participants are exhibiting. Knowing that these extreme conditions never last long, professional traders often fare better than average investors in betting against such extremes. When the market rises and the bulls are greediest, the pros sell short. When the market is at its lowest and fear runs rampant, the pros jump in to buy.