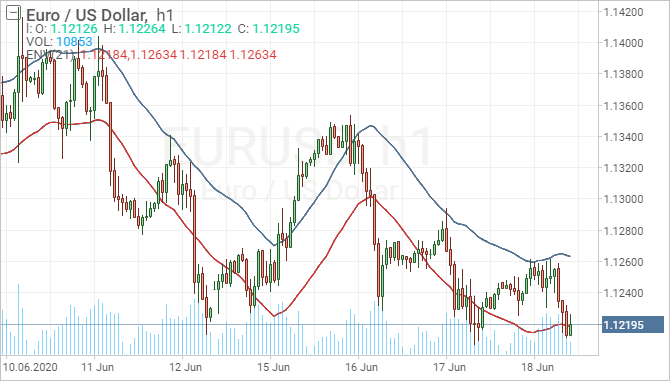 Indicators based on channels, bands and envelopes are designed to encompass most price action. Therefore, moves above or below the envelopes warrant attention. Trends often start with strong moves in one direction or another. A surge above the upper envelope shows extraordinary strength, while a plunge below the lower envelope shows extraordinary weakness. Such strong moves can signal the end of one trend and the beginning of another.

Sometimes a strong trend does not take hold after an envelope break and prices move into a trading range. Such trading ranges are marked by a relatively flat moving average. The envelopes can then be used to identify overbought and oversold levels for trading purposes. A move above the upper envelope denotes an overbought situation, while a move below the lower envelope marks an oversold condition.

Since the Envelopes indicator consists of two separate components (Envelope Lower, Envelope Upper) each of which has its own parameters and values, in Strategy Builder the Alligator is also divided into two indicators: